I am developing a random app and recently i encountered a problem. I run a same application on Google pixel 3a xl android emulator and Asus X00TD physical device. And I got to know that in asus phone UI got really changed.

You see It’s almost same only ppi is different and i don’t think so that will make some big difference. roughly 6 pixels will be affected and that’s not gonna change whole UI. I don’t know the dpi resolution of the asus x00td. And I can’t find on internet too.

This is the UI difference between pixel 3a xl and asus x00td. 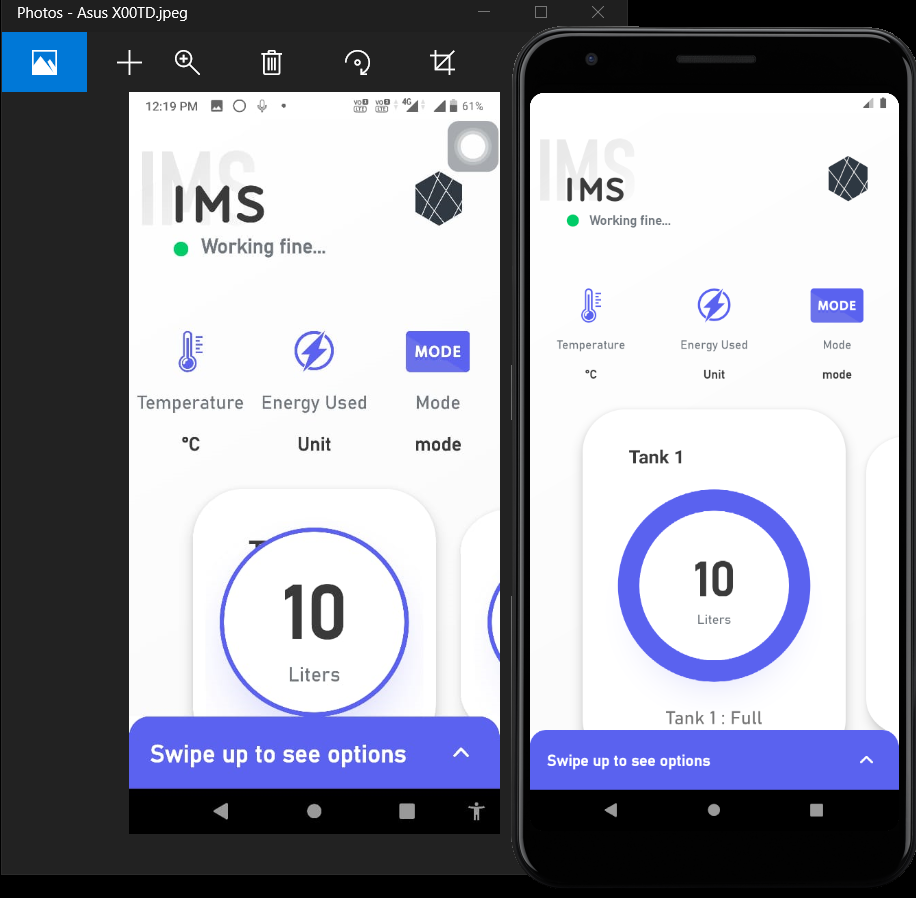 As you can see there’s big difference between emulator and physical phone. So, I have 2 questions

I tried to calculate it on internet but, it gave me 0.0631mm dot pitch. which i am not able to understant what it is. Also emulator shows that pixel 3a xl has 400dpi resolution.

I tried to emulate the asus device in emulator by setting smallest width to 360dp. Initially it looked same as asus. and emulator was picking xhdpi file of dimens.xml. So, I made changes in dimens.xml of xhdpi but, asus didn’t pick that file. instead it picked xxhdpi file. Which is used in another device Realme 3 pro. I can’t modify xxhdpi file because it’s gonna mess up UI for all the 6+ inch display phones. and at the same time asus is still picking xxhdpi file and asus’s UI is messed up.

Can’t find a solution to this.

these differences are caused by different density bucket set for these devices by manufacturers. from doc:

note that you are somewhere in the middle of these values. looks like Asus decided to configure own Android as xxhdpi, so interface scales up to bigger UI elements (also uses bigger images), while Google set up xhdpi qualifier making own interface “more packable” with smaller UI elements and icons

under density qualifiers you can keep e.g. dimen, so size of margins or thickness of some lines or borders. Especially when you are using many resources with @android/android.R prefix, built into system – these are oftenly highly parametrized depending on bucket, e.g. thick list items separator may have 0 height value on ldpi devices for hidding it out leaving more space for content on such small/poor screen. also different images/drawables are used to draw. put a red dot on icon in top right corner, but only in xxhdpi folder and you will see that only one device will get this change

also there is an option in developer settings for manipulating “max width”, in there you can “change density” and can try how interface of whole system and apps change. bet on Asus is set to ~360 when on Pixel is set to at least 400 (rounding up to xx bucket, as closer to 480)