Stetho and Google Chrome DevTools have become unusable after a macOS update (I doubt that macOS update is the origin of this bug, but I prefer to mention it).

Here is the appearance of DevTools after the open of “inspect mode” on a device (provided by Facebook Stetho library for Android & OKHttp). 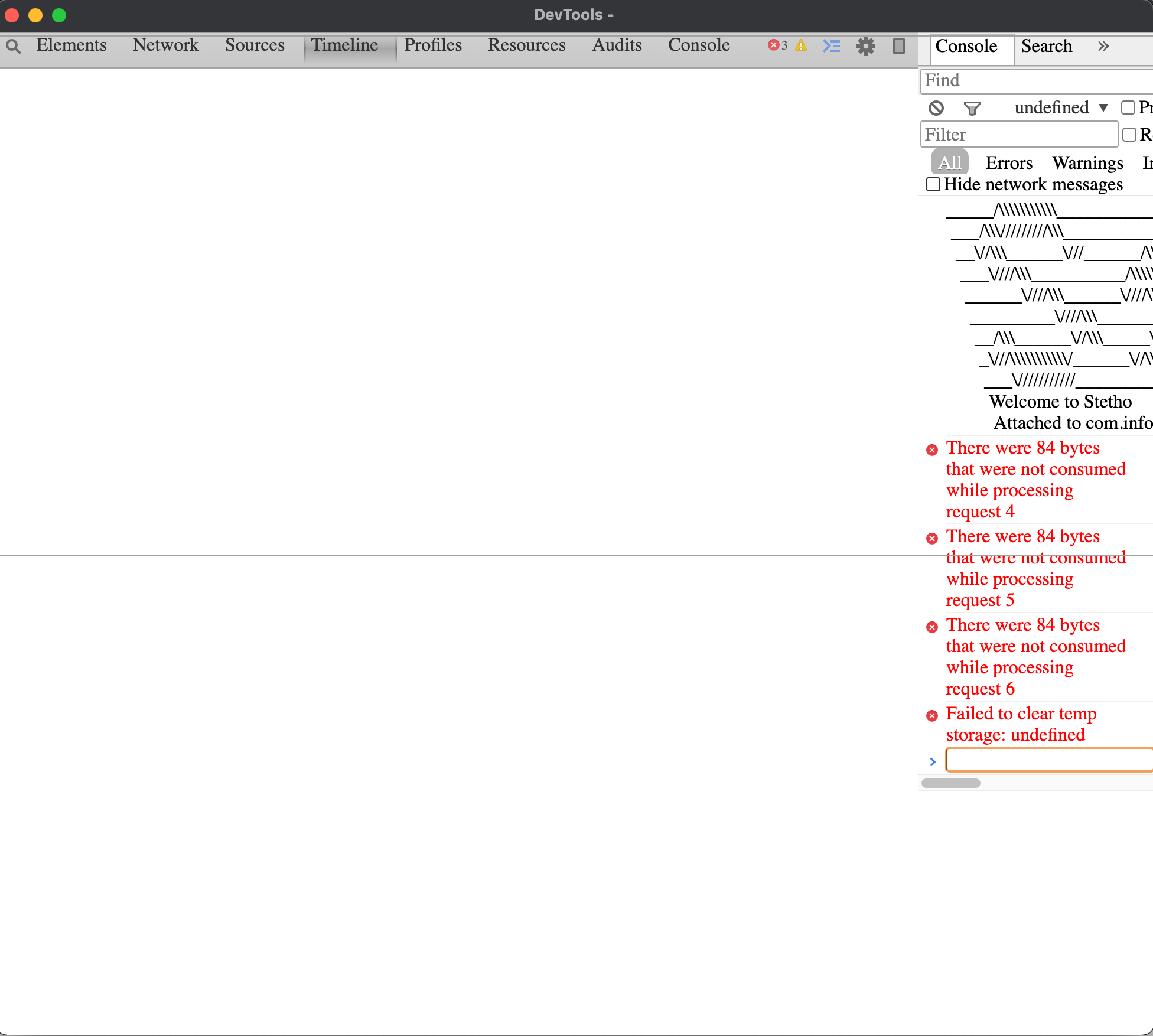 There are no longer “CSS” stylesheets on the page and fonts have changed. Many tab pages aren’t displayed (i.e. Network Requests), I only have access to some error messages :

Here is what I tried :

Have any of you ever encountered this problem ? Thanks !

You should downgrade Chrome. Problem with the latest Chrome/Chromium release https://github.com/facebook/stetho/issues/696