I am working with React-Native, Android, and Genymotion on Mac. When I run react-native run-android I get this lines at the end of the launch operation:

However, adb devices returns this:

So far I’ve found no solution to run my app on the emulator. Has anyone encountered the same issue?

After more research I’ve realized that Genymotion uses by default its own adb. 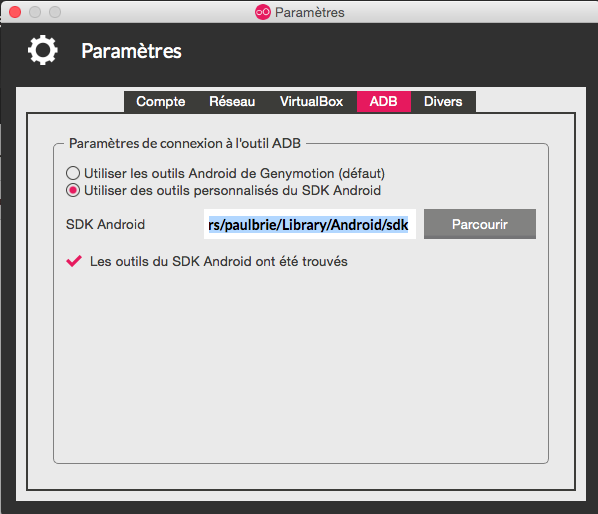 I switched to my main adb (the same used by react-native) and it solved the issue. I guess that because Genymotion’s adb was launched first I got the Address already in use error message.