I have the AngularJS seed project and I’ve added

to the app.js file. I want to configure IIS 7 to route all requests to

so that this works for me. How do I do this?

I’ve just discovered, downloaded and installed the IIS URL Rewrite module, hoping this will make it easy and obvious to achieve my goal.

I guess this sums up what I’m trying to achieve (taken from the AngularJS Developer documentation):

Using this mode requires URL rewriting on server side, basically you have to rewrite all your links to entry point of your application (e.g. index.html)

so anything that is in the css, js, lib or partials directories isn’t redirected. Everything else will need to be redirected to app/index.html

Anyone know how to achieve this easily without having to add a rule for every single file?

I have 2 inbound rules defined in the IIS URL Rewrite module. The first rule is: 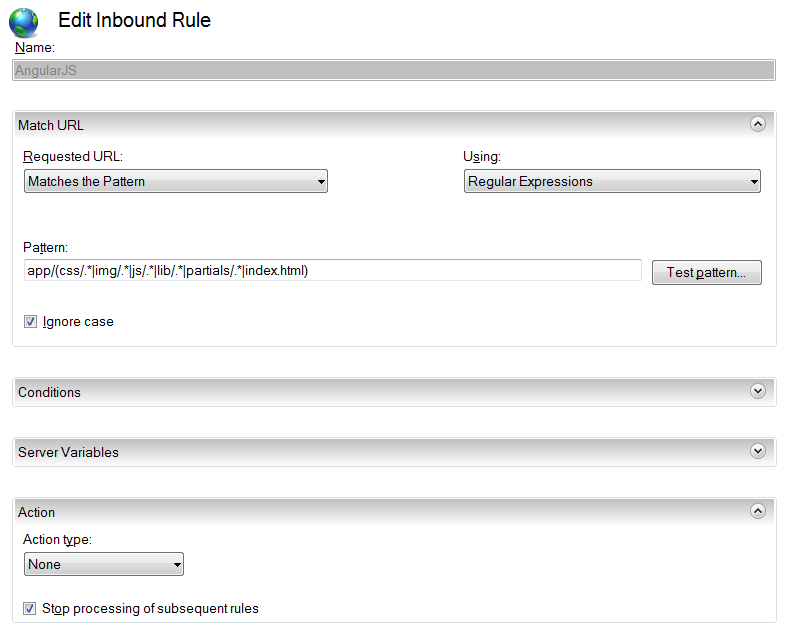 The second rule is: 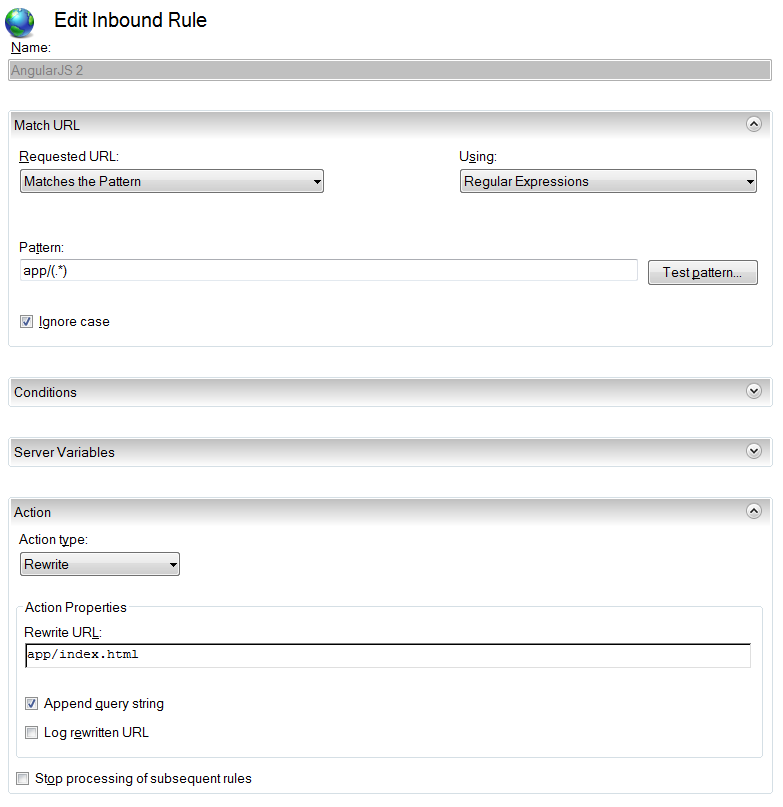 Now when I navigate to localhost/app/view1 it loads the page, however the supporting files (the ones in the css, js, lib and partials directories) are also being rewritten to the app/index.html page – so everything is coming back as the index.html page no matter what URL is used. I guess this means my first rule, that is supposed to prevent these URLs from being processed by the second rule, isn’t working.. any ideas? …anyone? …I feel so alone… 🙁

The IIS inbound rules as shown in the question DO work. I had to clear the browser cache and add the following line in the top of my <head> section of the index.html page:

Hopefully this helps someone!