I’m currently using GLM to transform shapes in OpenGL. However, when the rotation of the shape is between 1 and 2 radians, the values of the matrix that represent rotation are set back to how they would be in an identity matrix. I’m outputting the model matrix to the console currently which helped find out the exact moment it turned back to 0 radians of rotation. Here is that: 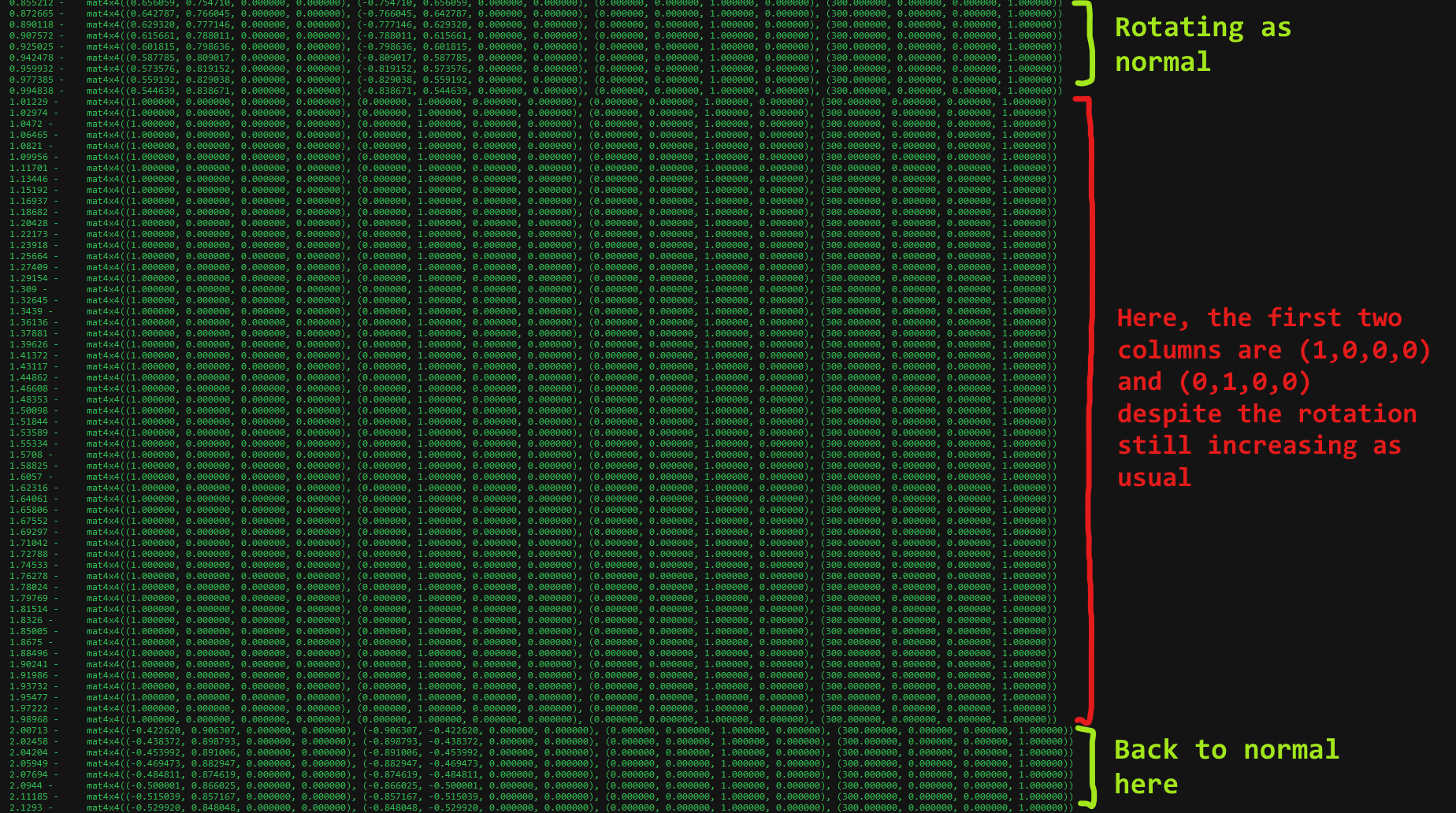 Sorry if it’s hard to understand, I’ve tried to annotate it because of how annoying it is to look at otherwise. Here’s a link directly to the image if it is needed.

The first value on each line in the console is the rotation as a single value, in radians. Then, the model matrix of the shape is output.

Uploading a video of it is annoying to do but I’m sure you can visualise it – it’s just a shape rotating normally for a while until that rotation hits one radian, at which point it gets reset to normal rotation. Then, when it reaches two radians, it goes back to normal as if there was never a problem.

Could this be related to GLM, or is there something wrong with my code?

If there’s any more code you need to see in order to solve the issue, let me know.

Solved – the issue was related to a block of code specific to my project, which was likely why it is so unique.

Specifically, I made a mistake related to what axes to affect when rotating via glm. The way I coded it the first time was as follows:

The variable _active_rotation_axes was then used as such:

This caused the issue I was experiencing, although I still don’t know exactly why.

Regardless, all I had to do in the end was remove the first code block, and change the second code block to the following, which checks active_rotation directly instead of the now non-existent variable _active_rotation_axes:

Really, I should have done it this way from the start as it is significantly more efficient and simple.