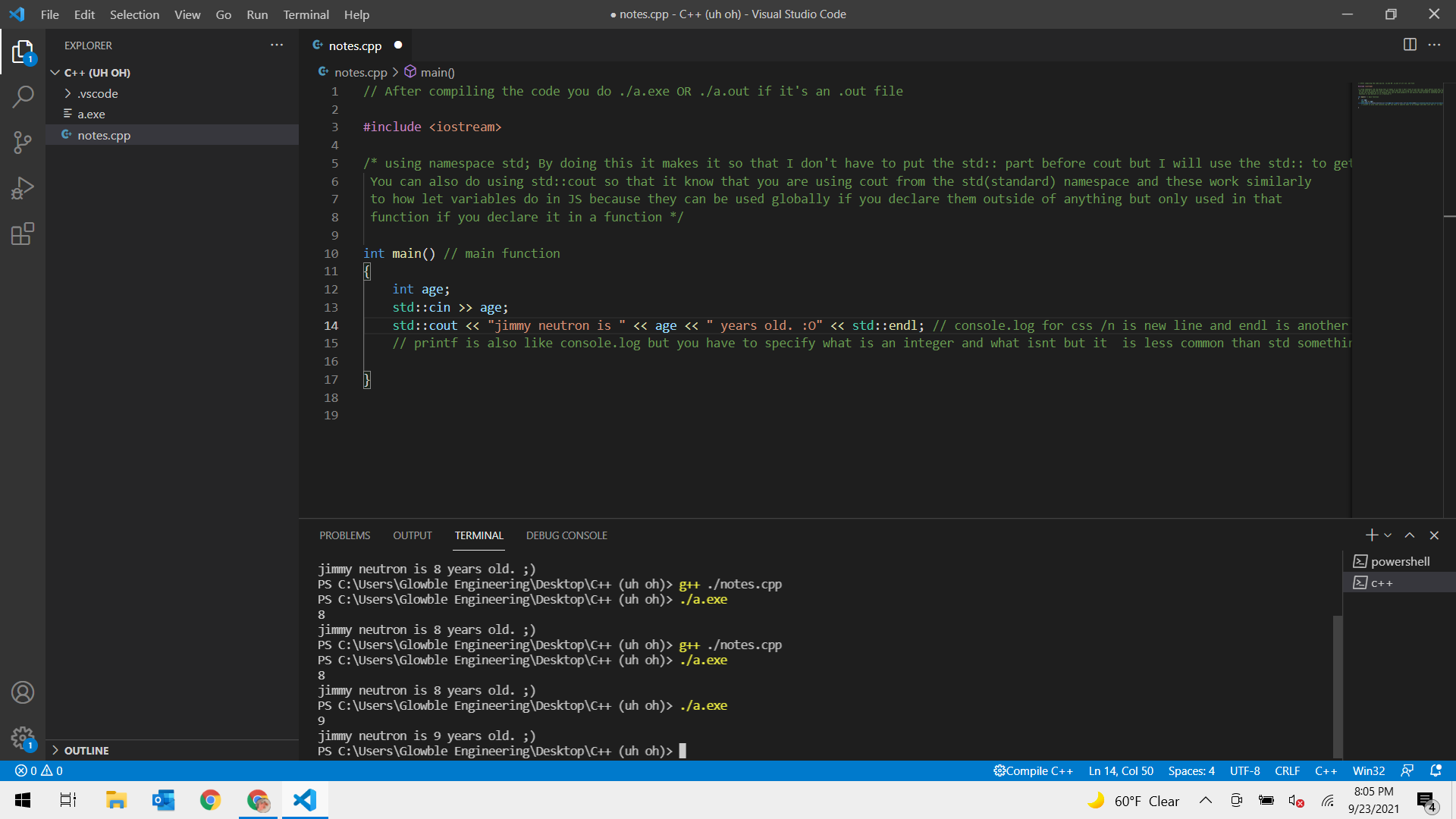 Please make sure you are actually using the GCC Compiler and that you are not getting errors at the moment of compile your code. You can use this to check the compiler: g++ --version; if you don’t have the compiler installed, it will give you an error.

Also, at the moment of compile your code, you should use the g++ installed on your computer with the .cpp file that you want to compile and create the .exe file.

I recommend that you read this about how to use VS Code with G++ to compile and run your code without having issues. Very important: Remember that you need to compile your code every time that you make a change.

Edit with the new Image: I checked your image and the tab is showing a white circle, it means that you are not saving the changes, press Ctrl+S (to save) or configure Auto Save on File -> Auto Save, after saving compile your code again and run the .exe file.