So I am making a simple game in Java where there is a small tank in a tilemap. Though I have come across a problem concerning the JScrollBars: when I rotate the tank’s body to a certain degrees east of north (specfically 14 or less) and I move the tank forwards (with the “W” key), the tank does not move in both the x and y directions as intended, only in the y direction. Here are pictures to help see what I mean:

Picture of tank rotated at 14 degrees east of north not translated upwards: 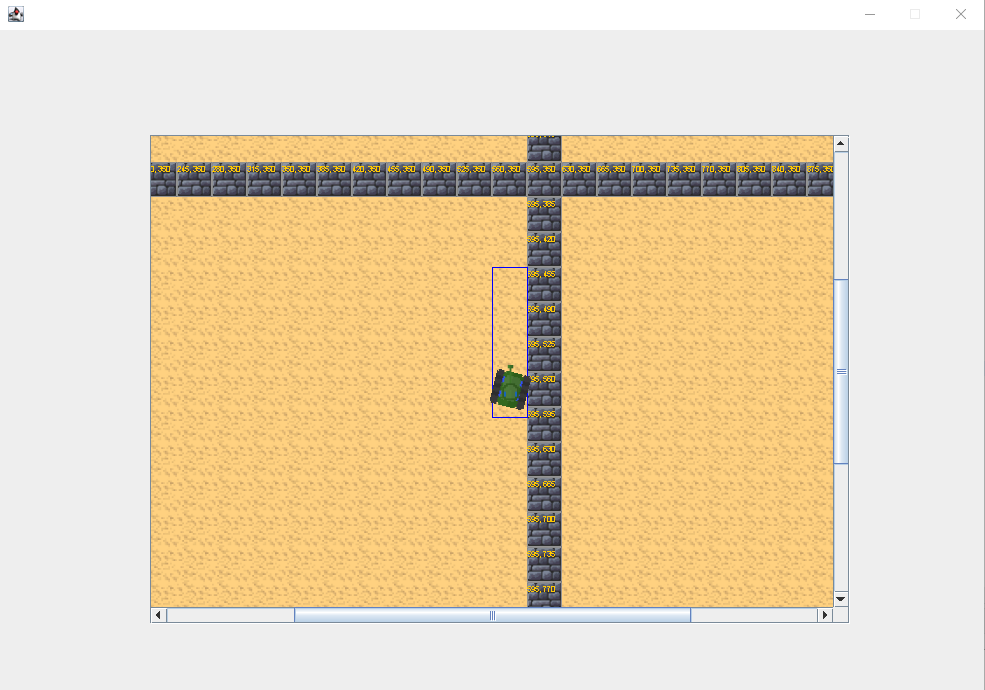 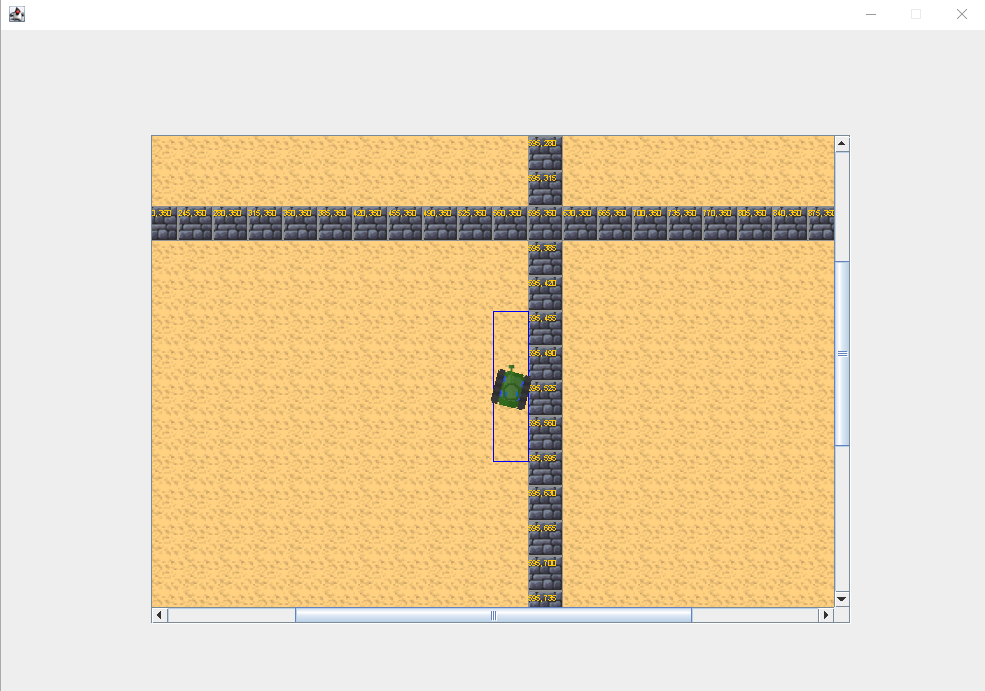 This occurs because the value at which I am moving in the x direction is too small of a double value, and when casted to an int turns into 0 thus resulting in no x change. (I have to cast to an int because the JScrollBar.setValue() only accepts integers). Here is my code that explains the situation better:

My question is, how can I increase the accuracy of the scrollbar’s change in position? The loss of accuracy obviously comes from casting my predicted x translation to an integer, but I am not quite sure how to fix it.

You should proberbly be working directly with graphics and translating images rather than trying to use scroll bars, however, the issue is that the scroll bars typically have a range of 0-100. If you want greater precision of the scroll bar then simply change the range, but be warned though that for small/fine adjustments they physically cannot be shown/rendered on the screen because there is a limited number of pixels so it may appear as if nothing has changed until the scroll bar has moved far enough so that the image shifts over by a pixel.

Example of increasing the scroll precision:

Again, I don’t recommend this solution, and it likely will not change anything because small increments will not be shown on screen or it may appear stuttery.