A JavaFX application exists and the application is starting from the Main.class file which extends Application:

As you can see above I have 3 FXMLControllers(one is reusable[extends StackPane],others not).I have declared all of them static cause i want to access variables from one FXMLController from the other FXMLControllers.I use this strategy every time I use JavaFX and I don’t think is good…

How I can change the code below so I can access variables or methods of one FXMLController from other FXMLController? Is that possible without using static keyword?

Consider that the Controllers are represented from different classes which can be in different packages.

Actually the answer for this question seems a little bit complicated it has to do with MVC pattern and it’s evolution until now.We will use MVP Pattern.

After a long discussion i got a link on this website http://martinfowler.com/eaaDev/uiArchs.html defining the historical evolution of the different patterns used from the old ages of Smalltalk until now.

The actually solution is using Model Viewer Presenter Pattern(MVP) which can be visually described using these images: 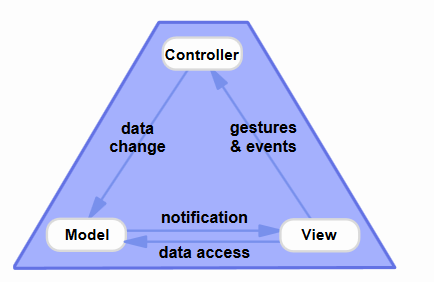 For more you can read(http://www.wildcrest.com/Potel/Portfolio/mvp.pdf)

Last but not least have a look at the comments here:

If anything is inaccurate feel free to edit.