Suppose I was given an NFD (Normalization Form D (Canonical Decomposition)) text, how would I recompose it back. In other words, if I had "แก ้ว", then I want it recomposed back to "แก้ว". The following java code doesn’t do it. 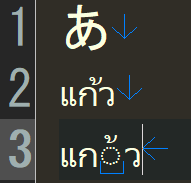 When I was creating this test code, I found that Normalizer.normalize(line, Normalizer.Form.NFD); does not decompose as expected in output of line 3.

An editor might represent line 2 of input.txt below as if it is 1 character (moving [←, →] or deleting [Delete] by 1 key stroke), but in fact if you look at it in binary there are 2 characters. In this example, there is no Canonical Composition form and line 3 looks as if it is Canonical Decomposition because of the space that exist (as pointed out by Scratte). Furthermore, for some editor, the cursor moves as if there is not space for line 3. 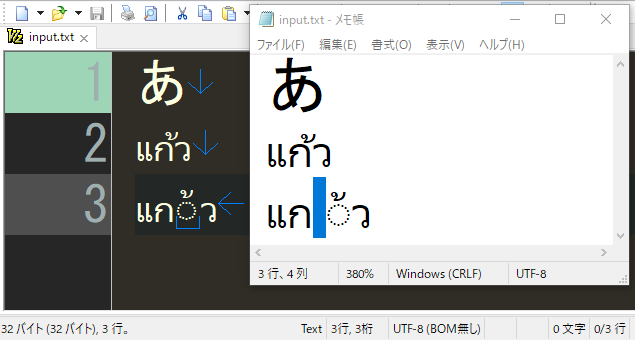 With an example that has Canonical Composition and Canonical Decomposition representation, the code works as expected.

So basically, the code is fine. Point of advice, make sure to check the input with a binary editor.