I try to run a simple Symfony 4 project on a docker container. I have tested regular PHP scripts, and they work very well. But, with Symfony project, the execution gets ridiculously slow. For example, a page without any significant content takes 5-6 seconds.

I have attached the screenshots from Symfony’s performance profiler. 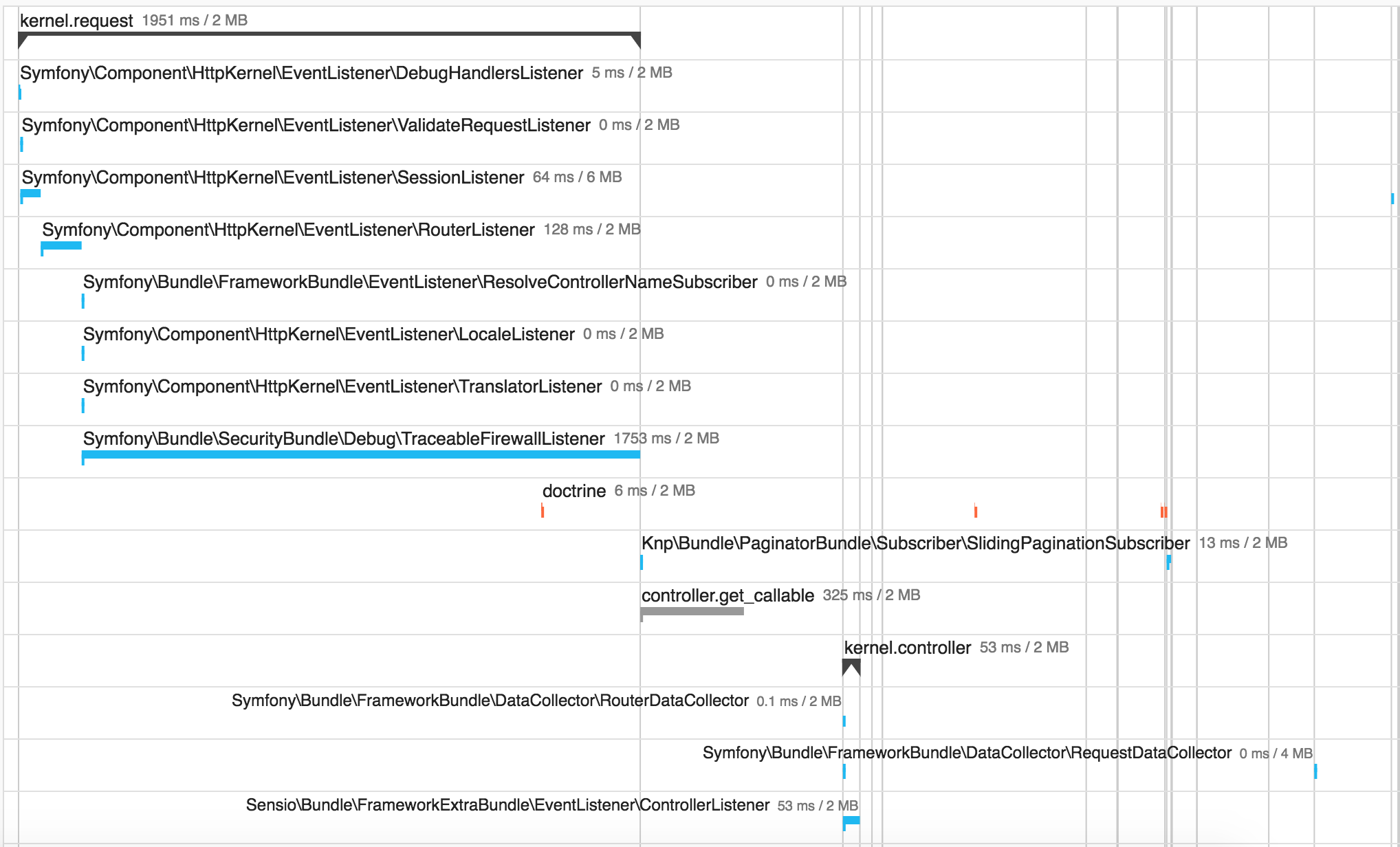 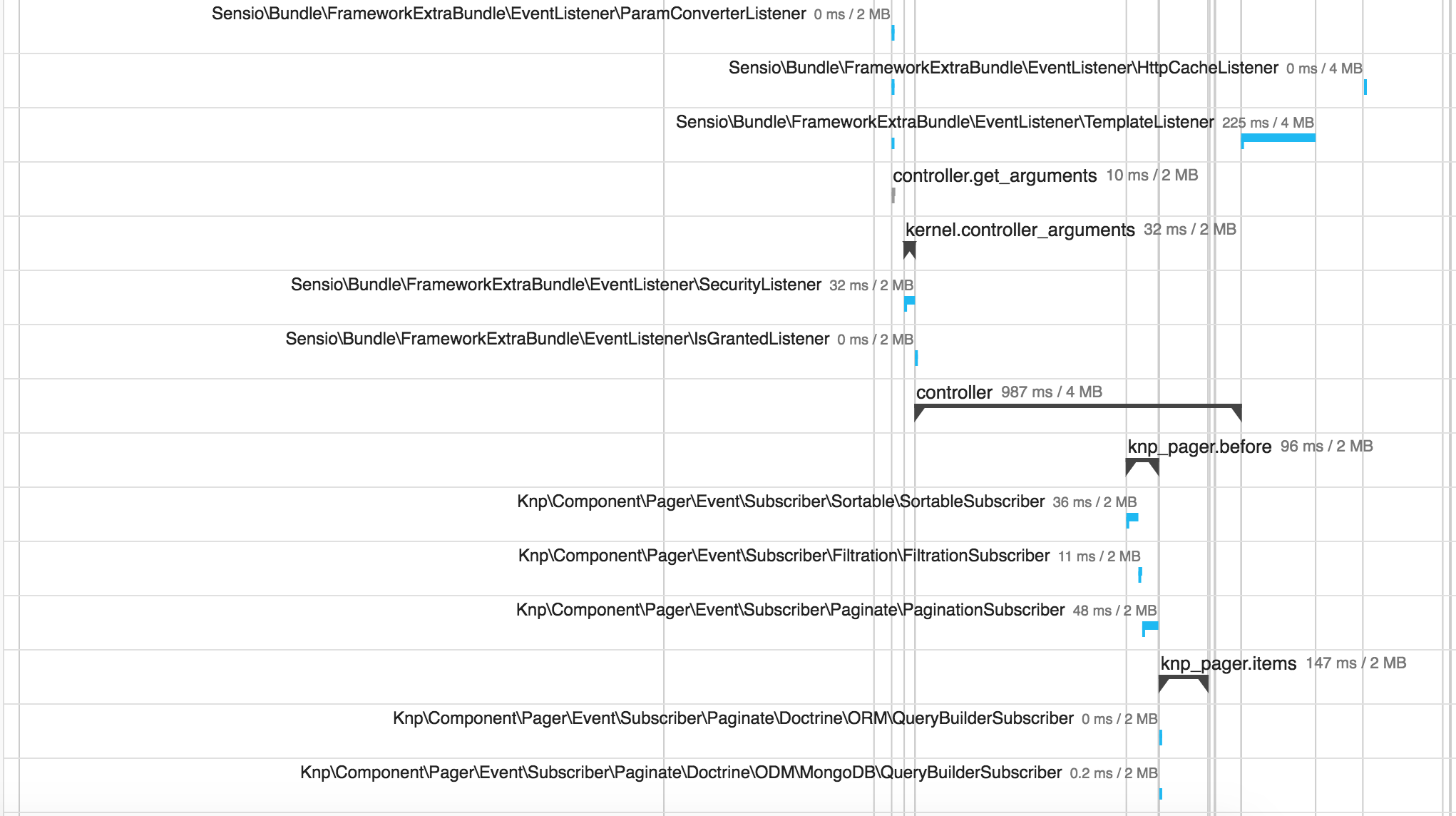 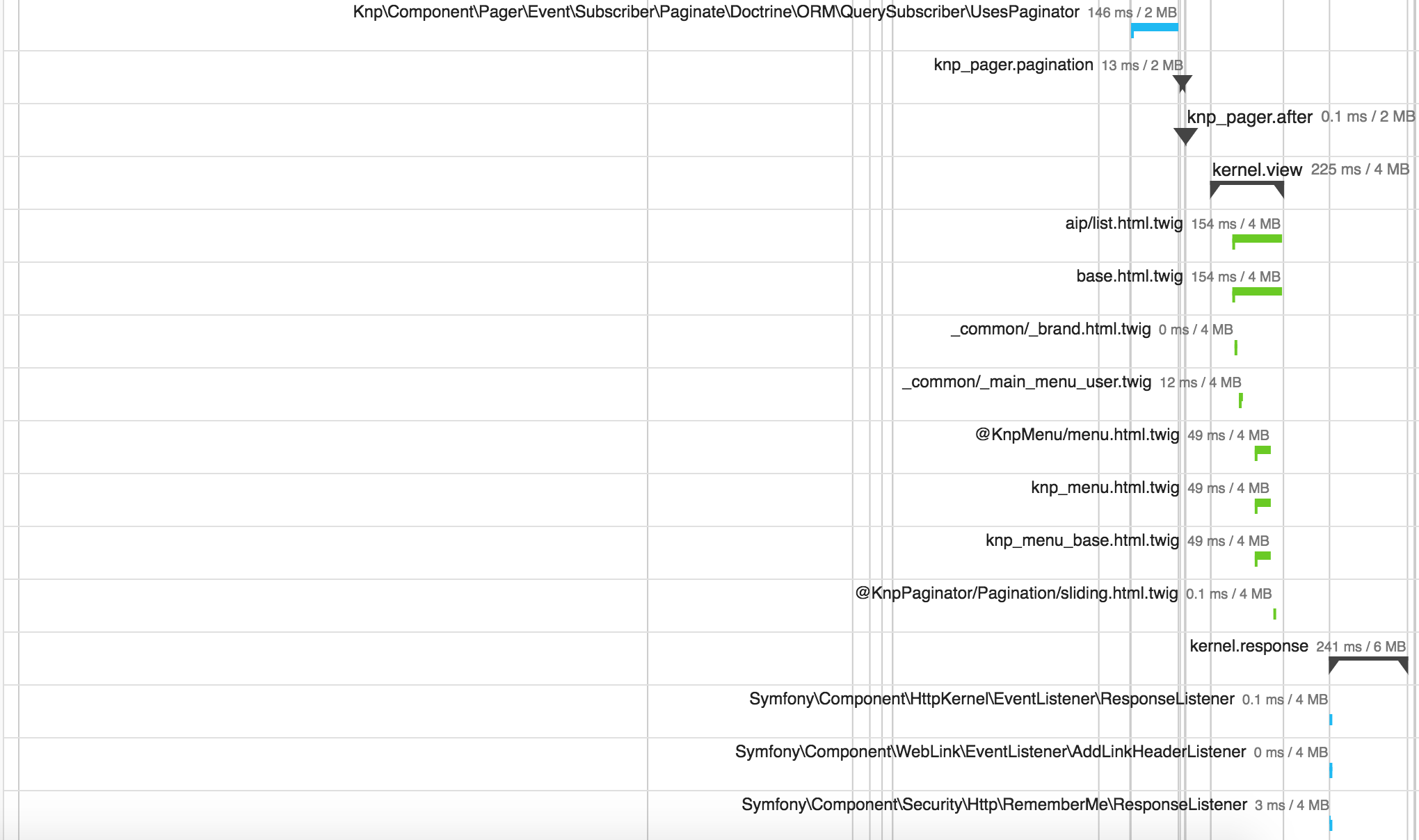 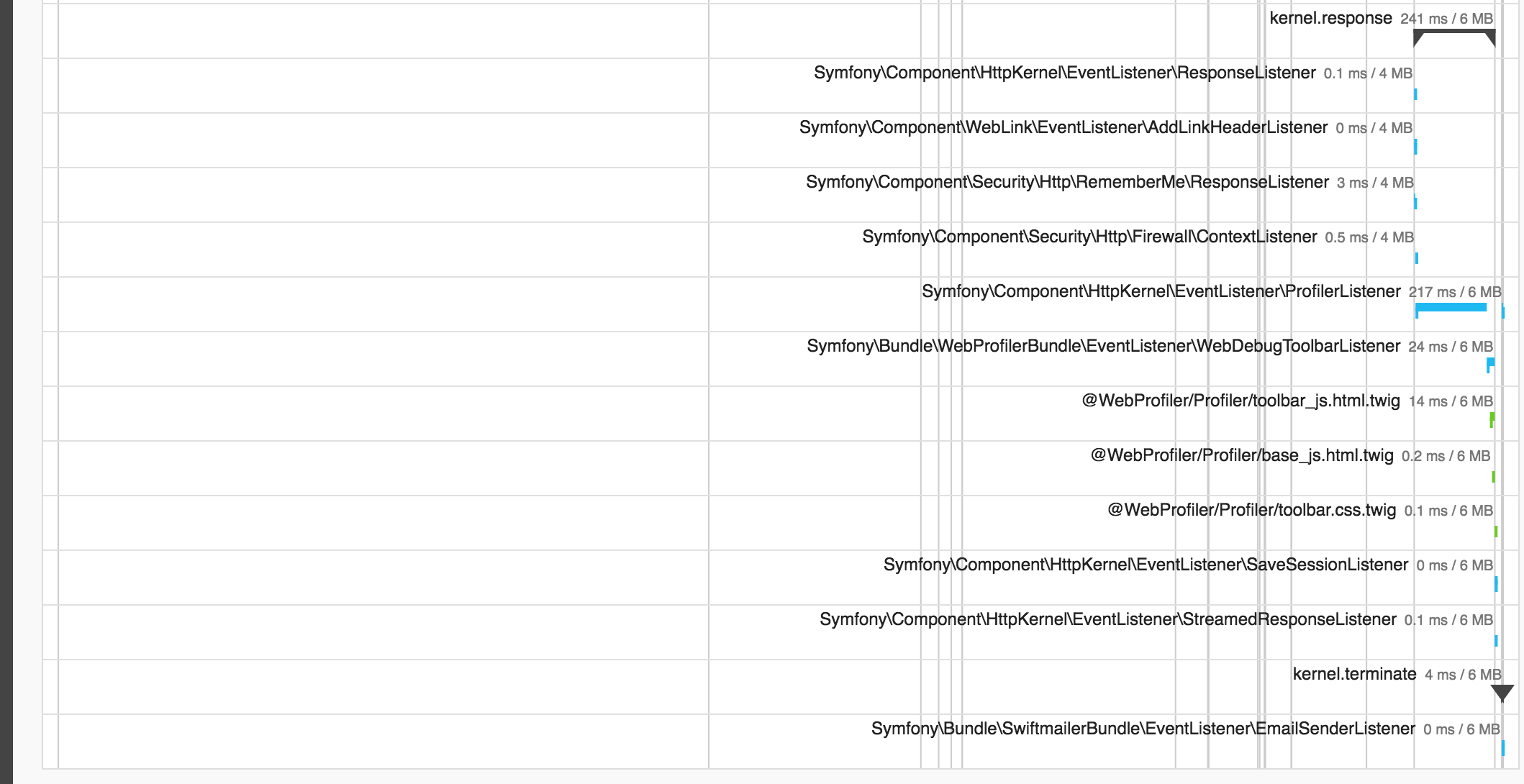 Do you have any idea what how to reduce this execution time to an acceptable level?

Since the provided answer is working with macOSX, only, but performance issues exist with Docker for Windows as well the preferred answer didn’t help in my case. I was following different approach partially described in answers to similar questions here on SO.

According to Performance Best Practices folders with heavy load such as vendor and var in a Symfony application shouldn’t be part of a shared mount. If you require to persist those folders you should use volumes instead.

To prevent interferences with shared volume in /app I was relocating those two folders to separate folder /symfony in container. In Dockerfile folders /symfony/var and /symfony/vendor are created in addition.

The script run on start of container is setting symbolic links from /app/var to /symfony/var and from /app/vendor to /symfony/vendor. These two new folders are then mounted to volumes e.g. in a docker-compose.yml file.

Here is what I was adding to my Dockerfile:

Here is what I was adding to my startup script right before invoking composer update or any task via bin/console:

Using this setup Symfony is responding within 500ms rather than taking 4000ms and more.

UPDATE: When using an IDE for developing Symfony-based application like PhpStorm you might need the files in vendor/ for code assist or similar. In my case I was able to take a snapshot of those files and put them into a different folder which is shared with host as well, but isn’t actively used by Symfony/PSR, e.g. vendor.dis/. This snapshot is taken manually once per install/upgrade e.g. by entering the running container with a shell like so:

Then in shell invoke

Maybe you have to fix the pathnames or make sure to switch into folder containing the your app first.

In my case using PhpStorm the vendor.dis/ was picked up by background indexing and obeyed by code inspection and code assist. Visual Studio code was having issues with the great number of untracked changes with regards to git so I had to explicitly make this snapshot ignored by git, adding its name in .gitignore file.

UPDATE 2020: More recent setups may have issues with accessing folders like /symfony/templates or /symfony/public e.g. on warming up the cache. This is obviously due to using relative folders in auto-loading code now existing in /symfony/vendor due to relocation described above. As an option, you could directly mount extra volumes in /app/var and /app/vendor instead of /symfony/var and /symfony/vendor. Creating deep copies of those folders in /app/var.dis and /app/vendor.dis keeps enabling code assist and inspections in host filesystem.