I am new to Seaborn and this is probably a very trivial question, however I’m struggling with the solution. I have a Pandas dataset named titanic I am plotting a bar chart as described in the Seaborn official documentation, using the following code:

This produces the following plot: 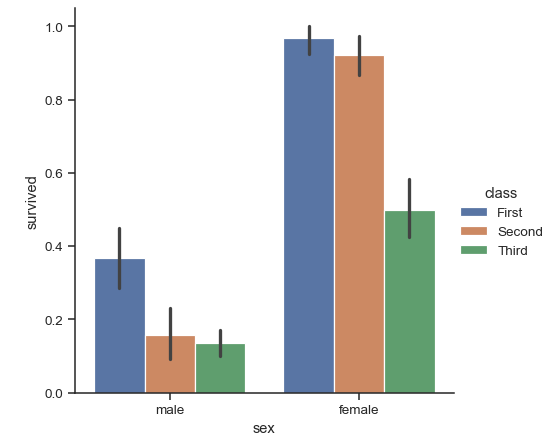 As you can see, the hue is represented by the class. Question is: How can I manually choose the hue order so that I can reverse the current one?

In order to manually select the hue order of a Seaborn plot, you have to define the desired order as a list and then pass it to the plot function as the argument hue_order . The following code would work: