So I have a code as the following:

I don’t quite understand what does the code do? what do column= and on= job here?

columnsIndex or array-like Column labels to use for resulting frame when data does not have them, defaulting to RangeIndex(0, 1, 2, …, n). If data contains column labels, will perform column selection instead.

So in yb, y is the data being accessed, and the column argument is, well, the columns. Here is a simple example. 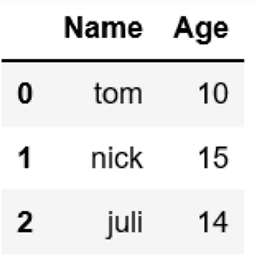 As for df_merge, we are essentially combining data. It requires two arguments, the left DataFrame, and the right DataFrame. So Yb and ‘file’ are your 2 DataFrames that are being merged. Here are the other arguments:

how: This defines what kind of merge to make. It defaults to ‘inner’, but other possible options include ‘outer’, ‘left’, and ‘right’.

on: Use this to tell merge() which columns or indices (also called key columns or key indices) you want to join on. This is optional. If it isn’t specified, and left_index and right_index (covered below) are False, then columns from the two DataFrames that share names will be used as join keys. If you use on, then the column or index you specify must be present in both objects.

In this case, how is set to left.

and on is set to something, so it will merge specifically the something columns.