I’m staying at the Premier Inn on Bath Road the night before my flight out of Heathrow T3. I don’t really want to have to fork over £5 per person for the Hotel Hopper bus since I have a travelcard that covers all TfL buses.

According to Google, I should take the 111 bus from Oxford Avenue (Stop H) to get there, but since I have little trust for TfL services running as scheduled I would prefer to have a backup option in case the 111 doesn’t show up in a timely fashion for whatever reason.

Apparently Oxford Avenue bus stop is also served by route 105, in theory doubling my chances of catching a bus without waiting too long at the bus stop, however according to TfL’s website, despite the 105 leaving Heathrow Central Bus station to head off towards Greenford, when going towards the airport it terminates just outside at Nene Road. To me this doesn’t make a whole heap of sense (since the bus has to go into the station to start the route out, why wouldn’t it take passengers in?) so I was wondering if anybody had any first-hand experience that could confirm one way or another. 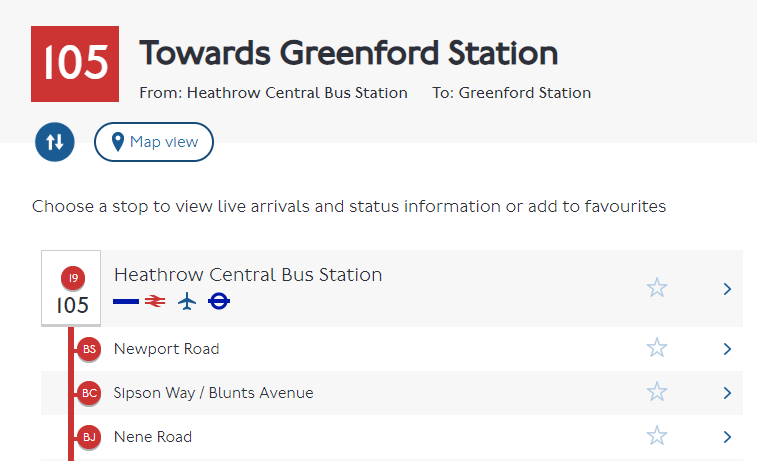 But doesn’t end there

The 105 does in fact go to Heathrow Central bus station. As to why TfL’s website incorrectly states otherwise I couldn’t say